For the last few months I’ve been creating a new series of canvas paintings specially for a new concept Ultra Marathon race between Liverpool to Manchester called ‘L2M Ultra’. These new commissions have been inspired by the Transpennine Trail that runs through the entire North West and further afield to the North. It runs past towns and cities as well as the hinterland areas in-between, spotting obscure landmarks has become a rite of passage! Think country homes to power stations.

I started my research by trekking part of the route and sketching outdoors. Vivid colours caught my eye from the sport tops worn by runners, cyclists and people walking their dogs. A direct contrast with the mute, earthy colours of the landscape surrounding the path… typical for the winter months here. It’s mad to think that there’s somewhere people can go to get out and walk amongst nature yet have the urban landscape just around the corner. And its these contrasts that really interest me as an artist. Using mixed media too gives a rough, textured edge to my paintings and helps me to convey the craggy terrain under the runner’s feet.

Creating six completely new paintings in one hit has been a challenge and one that I have relished. Its great to hear the runners – top three male and female runners – all love their new prizes. Hopefully they’ll look at them in a few years time and think back to that crazy, special day where they ran 48 miles all in one go!

Well done to everyone taking part – from the runners to the volunteers!! 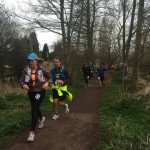 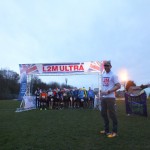 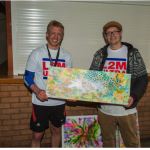 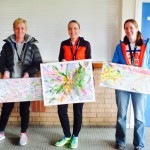 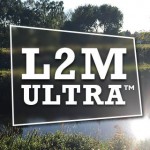 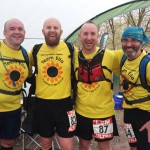 Its a desire of mine to share my experience of the world through my paintings. An expressionist at heart, in reinventing the landscape I am attempting to create my own personal interpretations of what is vivid and charismatic. Currently based in the North West - Warrington and Kendal. 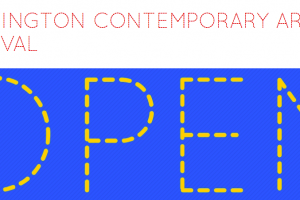 The Warrington Arts Festival officially opens tomorrow, with the opening[...]

Preview evening photos for ‘A Question of Landscape’

Last Friday's preview was a mix of great company alongside[...] 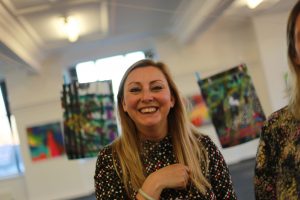 A successful Showcase conclusion to the Full Circle Arts Bursary

Want to discuss my work, commissions or press enquiries... feel free to send me an email and I'll get back to you asap.

Purchase in my shop today!